The epic journey of Odysseus, the hero of Ancient Greece… After ten years of war, Odysseus turns his back on Troy and sets sail for home. But his voyage takes another ten years and he must face many dangers – Polyphemus the greedy one-eyed giant, Scylla the six-headed sea monster and even the wrath of the gods themselves – before he is reunited with his wife and son.

Retold by award-winning author, Geraldine McCaughrean. Geraldine McCaughrean has written over 160 other books, including A Little Lower Than Angels, which won the Whitbread Book of the Year Children’s Novel Award in 1987, A Pack of Lies, which won the Guardian Prize and Carnegie Medal in 1989 and Gold Dust, which won the Beefeater Children’s Novel Award in 1994. She has written retellings of notoriously tricky classics including El Cid, the Epic of Gilgamesh, Moby Dick and The Pilgrim’s Progress.

In 2004, she won a competition to write the sequel to J M Barrie’s Peter Pan. And in 2006, Peter Pan in Scarlet was published to great acclaim. 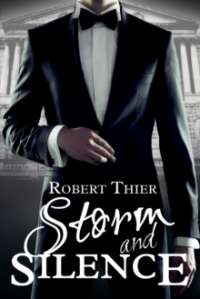 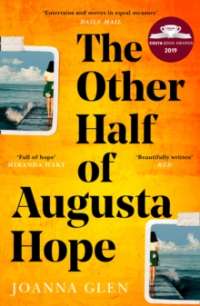 The Other Half of Augusta Hope

11.00€
Finalist of the 2019 Costa First Novel Award Author: Loanna Glen Published:26 Dec 2019 Description 'A therapeutic dose of high-strength emotion' GUARDIAN 'A joy...the humour and pathos in their stories lends real heart and soul' OBSERVER Augusta Hope has never felt like she fits in. At six, she's memorising the dictionary. At seven, she's correcting her teachers. At eight, she... 8.00€
Available from: January 2014 Description An improved, larger-format edition of the Cambridge School Shakespeare plays, extensively rewritten, expanded and produced in an attractive new design. An active approach to classroom Shakespeare enables students to inhabit Shakespeare’s imaginative world in accessible and creative ways. Students are encouraged to share Shakespeare's love of language, interest in character and sense of theatre. Substantially... 8.00€
Available from: January 2014 Description An improved, larger-format edition of the Cambridge School Shakespeare plays, extensively rewritten, expanded and produced in an attractive new design. An active approach to classroom Shakespeare enables students to inhabit Shakespeare's imaginative world in accessible and creative ways. Students are encouraged to share Shakespeare's love of language, interest in character and sense of theatre. Substantially... 7.00€
Published:26 Mar 2015 Description Audrey's father taught her that to stay human in the modern world, she had to build a moat around herself; a moat of books and music, philosophy and dreams. A moat that makes Audrey different from the echoes: sophisticated, emotionless machines, built to resemble humans and to work for human masters. Daniel is an echo -...